The Board of Directors of CREST (Capital Region Emergency Service Telecommunications Inc.) announced today that they have given approval for the not-for-profit corporation to enter into an agreement to purchase a parcel of land in Langford, and to commence planning for a purpose-built, post-disaster building in which to house and secure the region’s critical public safety technology and infrastructure. In 2020, CREST completed a region-wide, 4-year, $24.5M upgrade to a digital P25 network that is considered a world standard in public safety telecommunications. The decision taken today addresses the number one risk identified by the CREST Board in their five-year Strategic Plan – the existing vulnerability of the organization’s infrastructure and technology in the event of a major disaster. Currently, CREST operations, infrastructure and master site are located in separate locations, and only the master site is in a post-seismic structure. 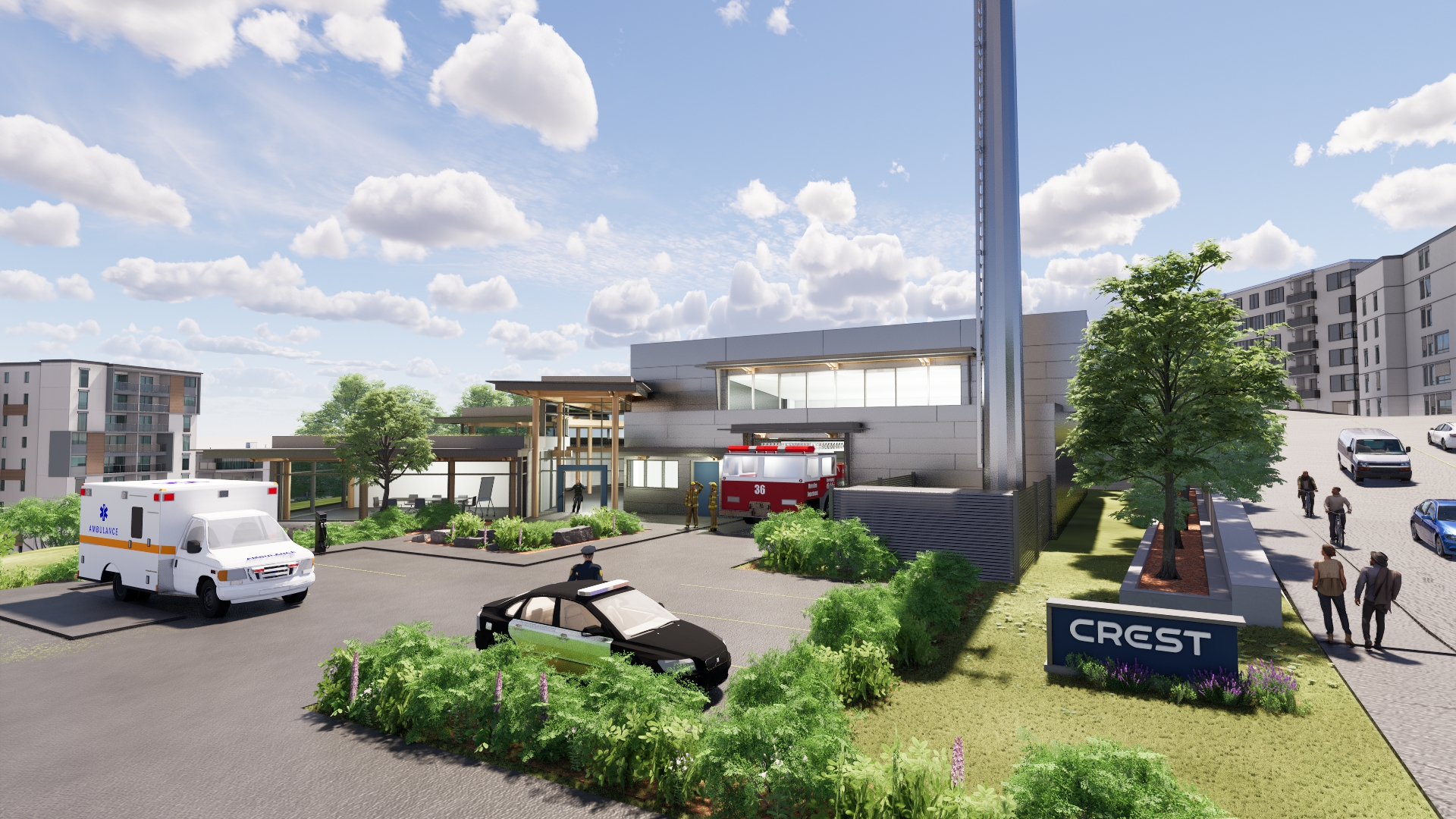 Following several months of research exploring options and available properties, a .94-acre parcel at City Gates was selected due its central location to regional CREST infrastructure and its proximity to main transportation arterials. CREST’s purchase agreement with property owner, Seacliff Properties, is for $1.8M. The proposed new CREST public safety building will meet the current and future needs for an essential service agency that supports the region’s emergency responders and public service agencies.

CREST’s 20-member Board of Directors, who are nominated by CREST Shareholders, is recommending to the Shareholders that CREST moves ahead with the new public safety building to ensure that the region’s critical public safety communications network is located in a purpose-built, secure structure that can withstand a natural disaster, and to ensure, as a consequence, that first responders can continue to operate safely and effectively to protect the public without interruption.

More than 50 emergency response and public service agencies rely upon the CREST network 24/7 to do their jobs safely and reliably. The CREST network handled more than 6 million calls from over 3000 users last year.

Preliminary costs for the new building are anticipated to be approximately $16M. The project would be financed by borrowing funds from the Municipal Finance Authority (MFA). CREST can currently borrow from the MFA at historic low interest rates. Current financial forecasting for the project suggests that this building can be achieved within the Board-approved financial plan without increases to user agency levies. This project requires the support of 2/3 of the CREST Shareholders as specified in the CREST Members Agreement, and each CREST Shareholder representative on the Board will be discussing this public safety investment with their respective Shareholder in the coming months. A meeting to discuss and ratify a decision to proceed will be held in the new year.

“As we have seen over the last few years, as a result of climate change, windstorms and wildfires and atypical events such as floods, tornados and earthquakes are on the rise. The world is becoming increasingly hazardous and there is more reliance than ever on the first responders that serve their communities. It’s critical that our region’s public safety technology and infrastructure remains intact and operational every day – and especially in times of greatest need. With the new P25 network in place, it simply makes sense to protect our investment, and to give confidence to our first responders and the public that CREST is prepared and will be there in the event of a natural disaster.”
Tim Morrison, CREST Board Chairperson

“Protecting the regions public safety assets is essential to ensuring our first responder agencies and personnel can deliver critical life safety services during a major emergency or disaster event. To that end, the CREST system is the foundation to our success. Having our telecommunications infrastructure located in a purpose-built, post-disaster building is simply an emergency management best practice. This project is a strategic investment and will benefit the region and its residents for many years to come.”
Michael Burgess – Fire Chief, Saanich Fire Department

COVID-19 is a serious public health issue. CREST adheres to the strict protocols directed by the Provincial Health Officer and Ministry of Health. Our region’s emergency responders and public service agencies on the front line rely upon the optimal performance of CREST’s secure communications network 24/7. The health of our employees is integral to the uninterrupted delivery of this public safety service. For the most up-to-date information from the provincial government, please visit the B.C.’s response to COVID-19 website.

Reminder: Be prepared. Pandemics, severe weather events and natural disasters are part of our world. Have a plan and an emergency kit. https://www.crd.bc.ca/prepare-yourself